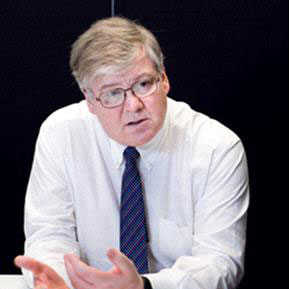 Paul Morrell is a chartered quantity surveyor and was formerly senior partner and international chairman of Davis Langdon (now part of Aecom), where he had worked since graduating from university until retiring in 2007.

He was subsequently appointed as the Government's first Chief Construction Adviser in November 2009, with a brief to champion a more coordinated approach to affordable, sustainable construction.

Paul has extensive experience of major construction projects in both the public and private sectors, with a particular specialisation in commercial development, value management, procurement strategy and practice, and client organisation.

In Government, Paul chaired the Government Construction Board, responsible for the development of a new cross-Government construction strategy; served on the Board of the Cabinet Office Major Projects Authority; and led the BIS Innovation and Growth Team study into low carbon construction.

He has performed (or is performing) project steering/governance/advisory roles for the Siobhan Davies Dance Company, the Royal Shakespeare Company, Rambert Dance, the Tate Gallery, the Bristol Old Vic, the Garden Bridge Trust, and the Royal Opera House.

He now practises as an independent consultant, and is a Visiting Professor at Nottingham Trent University.