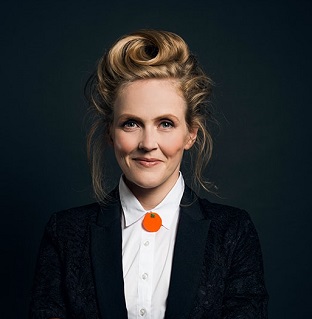 Pippa Evans is a comedian, known for her improvisational and character comedy. She has appeared on numerous television and radio shows, including Fast and Loose  and Live at the Electric  on the BBC, Drunk History  on Comedy Central, and The Now Show, Fifteen Minute Musicals, and Newsjack  on Radio 4.

Pippa is Assistant Artistic Director of the Olivier Award-winning improvised musical Showstopper!  and Creative Director of Perspectiva. She is also the co-founder of Sunday Assembly, a network of secular congregations around the world.