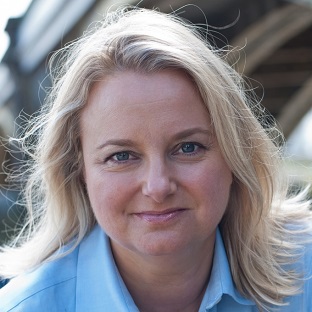 Rachel Holmes is an author and cultural historian with a particular interest in medical and gender issues. Rachel’s new book, Eleanor Marx: A Life was published by Bloomsbury in 2014, described by Golden PEN Award winner Gillian Slovo as “a dazzling account of a woman and her family, an age and a movement, that grips from the first page to the last.”

Holmes is also the author of The Hottentot Venus: The life and death of Saartjie Baartman (2008) and The Secret Life of Dr James Barry (2007).

Rachel co-edited, with Lisa Appignanesi and Susie Orbach, the much-discussed Fifty Shades of Feminism(2013). She was co-commissioning editor of Sixty Six Books: 21st Century Writers Speak to the King James Bible (2011) with Josie Rourke and Chris Haydon. Holmes is curator of the new Impossible Conversations talks series at the Donmar Warehouse in London.

In 2010 she received an Arts Council cultural leadership award as one of Britain’s Fifty Women to Watch. Rachel Holmes has worked with and for British Council literature festivals and international programmes since 2000. Since 2012 she has been the UK chair of the Iraq Literature Festival. She was recently chosen to be one of the writers on the literary tour for the UK - Russia Year of Culture.