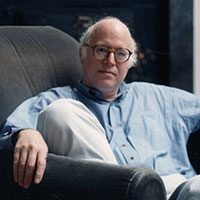 Richard Sennett's previous books include The Fall of Public Man, Flesh and Stone and Respect, as well as the two previous volumes in his Homo Faber trilogy, The Craftsman and Together. He was founder director of the New York Institute for the Humanities and now teaches urban studies at the London School of Economics and at Harvard University, and researches labour relations in Columbia University's Center for Capitalism and Society. He has won the Amalfi and Ebert prizes for sociology and in 2006 was awarded the Hegel Prize by the City of Stuttgart.