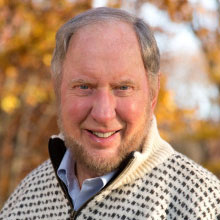 Robert Putnam is Professor of Public Policy at Harvard University. A member of the National Academy of Sciences and a Fellow of the British Academy, in 2006, he received the Skytte Prize, the world's highest accolade for a political scientist, and in 2012, the National Humanities Medal, the USA’s highest honour for contributions to the humanities.

Professor Putnam has written fourteen books, including the best-selling Bowling Alone: The Collapse and Revival of American Community, and Making Democracy Work, which are among the most cited publications in the social sciences worldwide in the last half century.

He consults widely with national leaders, including President Barack Obama and the last three UK prime ministers. He co-founded the Saguaro Seminar, bringing together leading thinkers and practitioners to develop actionable ideas for civic renewal.

Since 2010, he has been focused on one major empirical project – ‘Inequality and opportunity: the growing class gap among American young people and the implications for social mobility’. His book on this subject, Our Kids: The American Dream in Crisis was published in March 2015.