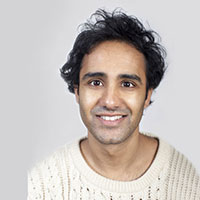 Rohan Silva is Senior Policy Adviser to the Prime Minister.

Rohan works across all areas of government policy, but has a particularpassion for technology and innovation.  He has led the development ofcreative new approaches to policy making, including the application ofbehavioural economics to public policy; the use of crowdsourcing modelsto generate ideas and open up the decision making process; and theharnessing of open data and government transparency to drive social andeconomic innovation.

Rohan has also been responsible for developing key policies to improvethe environment for enterprise in the UK, such as the EIS tax changesannounced in Budget 2011, the Entrepreneur Visa, the Hargreaves Reviewof Intellectual Property and the development of the Tech City cluster.

Outside of Westminster, Rohan is a trustee of the Whitechapel ArtGallery and the Battersea Arts Centre, and serves on the advisory boardof Nick Hornby's 'Ministry of Stories'.  He is also a trustee ofEntrepreneur First, the new private sector initiative to encourage moregraduates to start their own business, and has recently been appointedas a Policy Fellow at Cambridge University.