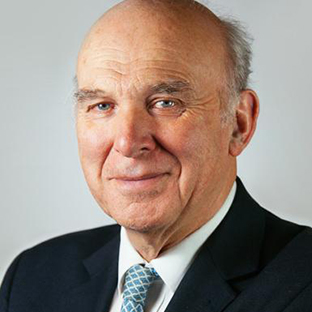 Rt Hon Sir Vince Cable was the Secretary of State for Business, Innovation and Skills from 2010 to 2015 and the Member of Parliament for Twickenham from 1997 to 2015.

He was the Liberal Democrat's chief economic spokesperson from 2003-2010, having previously served as Chief Economist for Shell from 1995-1997.

He is the author of After the Storm: The World Economy and Britain’s Economic Future (Atlantic, 2015).