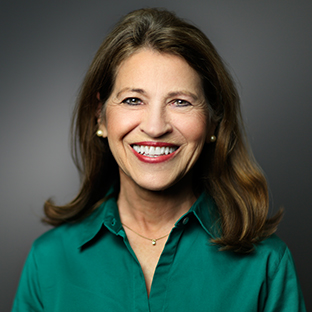 Sally Osberg has been an entrepreneurial leader and catalyst for social change throughout her career. As President and CEO of the Skoll Foundation, she partners with Founder and Chairman Jeff Skoll and guides the organization in its search and support of innovators pioneering scalable solutions to pressing global problems. Under Sally’s leadership, the Foundation has invested in more than 100 ventures led by social entrepreneurs worldwide and brokered cutting-edge partnerships with organizations such as the Sundance Institute and the Social Progress Imperative. Her work has appeared in CNN, Financial Times, Bloomberg TV, Harvard Business Review, Stanford Social Innovation Review, and others. She has been recognized as one of Silicon Valley’s Millennium 100 by the San Jose Mercury News and one of the social sector’s 50 most influential leaders by The NonProfit Times. Together with Getting Beyond Better co-author Roger Martin, she recently received the Thinkers50 Social Enterprise Award.