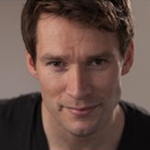 Tom Gash is a Visiting Senior Fellow at the London School of Economics’ Mannheim Centre for Criminology and an independent adviser to governments in the UK and internationally. He was part of the Institute for Government’s initial set-up team in 2008 and Director of Research from 2013-2015. Prior to joining the Institute, Tom was a senior crime policy adviser in the Prime Minister’s Strategy Unit and a strategy consultant at the Boston Consulting Group. He is author of the book Criminal: The Truth About Why People Do Bad Things (Penguin, May 2016) and a regular commentator for national radio, print and television. He speaks internationally on questions of crime policy and government effectiveness.