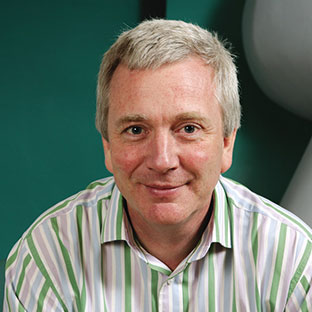 Tristram Carfrae is a leading structural designer. He has been responsible for the structure of a dazzling array of award winning buildings over his 35 years with the firm, both in Australia and the UK. His particular skills relate to the integration of engineering and architecture to provide the best holistic solution. Tristram has been fortunate to work with many of the world’s leading architects on projects where the structure forms a major aesthetic component.

He has an unswerving commitment to designing better buildings that consume less resource: materials, energy, time and money; yet give more pleasure. He has helped design six structures that have won Special Awards from the Institute of Structural Engineers – the world’s premier structural accolade.

Tristram is Arup’s Deputy Chairman. He is one of 40 Arup Fellows (out of a global staff of 14,000). This accolade honours those who have significantly contributed to the firm’s reputation for excellence in innovation and design and designates him as a leader with the role of ensuring this continues.

In 2001 he was named as Australian Professional Engineer of the Year and was recognised in 2004, 2005 and 2006 as one of Australia’s top 100 most influential engineers by Engineers Australia. In 2006 The Royal Society for the encouragement of Arts, Manufactures and Commerce (RSA) awarded him the title of Royal Designer for Industry (RDI) in recognition of his achievements in engineering design and he was also awarded the Milne Medal by the British Group of the International Association for Bridge and Structural Engineering (IABSE), which recognises Tristram’s work as a designer and for his continuing contribution to design excellence. In 2008 Tristram received the Hero of Innovation Award from the Warren Centre. In 2009 he received the MacRobert Award, the highest engineering recognition available for a project, and was also named as one of twenty ‘Heroes of the Green Age’ in a publication printed for the Copenhagen 15 Summit. Only this year, he was awarded the prestigious Gold Medal award by the Institution of Structural Engineers (IStructE). The Award recognises Tristram's exceptional contribution to the science and structural engineering professions.