A Vision for Britain. Planned.

‘Levelling-up’ is about more than just investment.

In this report the RSA and the One Powerhouse Consortium, supported by The Sir Hugh and Lady Sykes Charitable Trust, argue that spatial planning can be the answer.

What is spatial planning? It maps everything in a region (like places, infrastructure, energy) and makes a plan for how to best join up & make the most of them. 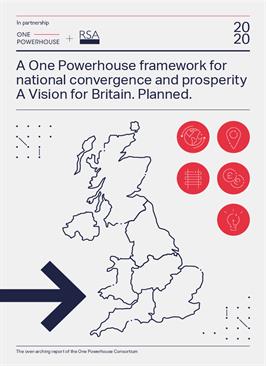