The cash census is a new piece of RSA research exploring the use of cash in an increasingly digital economy.

This project aimed to understand the gap between those who reject cash and those who hold on to it; to understand in granular detail people’s attitudes and behaviours towards cash and digital payments and the impact of Covid-19 on this and our cash infrastructure. We hypothesised that this was not simply a case of ‘to cash and cash-not’, but that there were more complex emotional and societal dynamics in play.

An unmanaged transition towards a cashless society could have major consequences for many in society. The following five findings in the report support this:

In brief, we also found:

Our findings affirmed our hypothesis. UK consumers’ attitudes to cash are indeed highly variegated and offer many counter-intuitive propositions about the state of society and the future of economic policy. We present them in this report alongside two interactive data dashboards.

Read the report and explore the dashboards below. 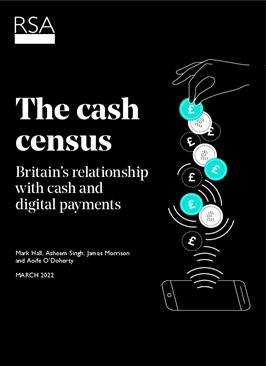