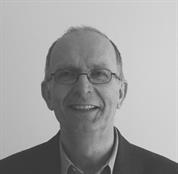 Five and a half hours by train from London, in a churchyard off the lane to Scafell Pike, stands the most intriguing Viking Age sculpture in England.

The Gosforth Cross is a 4.43 metre slender shaft of sandstone, carved with scenes from Ragnarök.  Sculptors working around AD 950 produced designs that accurately illustrate episodes from this Norse Apocalypse that were not to be recorded in written form for another three hundred years.

But the designers of this cross were creating more than a weighty graphic novel of Viking Gods vs. Monsters. Most of the incidents from the sagas can double as depictions of episodes from Christian scripture or its early traditions. The nature and purpose of this sophisticated ambiguity is open to academic debate, but the images themselves make for a rich and immersive subject of study for primary schools.

Now that an RSA Fellowship project to produce creative learning materials about the Gosforth Cross is nearing completion, here are a few observations that were sparked by the work.

The value of graphic art as an inclusive and immersive way for learners to understand other cultures.

In delivering the lessons to a year five and six class in Cumbria and two year five classes in Camden, we presented them with two drawings of Viking story carvings, including the Gosforth Cross. The learners, given no prior knowledge of the actual narratives, were tasked with working in groups to create story lines the drawings might illustrate. Once they had recorded their ideas as storyboards and shared them with their peers, they were given synopses of the saga accounts and asked to match the illustrations to the Viking narratives.

The educational value of collaborative talk is widely recognised through the work of Neil Mercer and others, but it was particularly encouraging to see the stimulus provided for quality creative talk by contact with designs produced at the end of the first millennium. The children’s enthusiasm for the stories should really be no surprise. Many of the plot devices in Tolkien’s fiction, from a talking dragon to a shape-changer can be found in the two stories used. Some children were already aware of the sagas’ characters, albeit in a somewhat redacted form, through Marvel Studios’ ‘Thor’ films.

The contribution of 3D scans to understanding artefacts.

The films created for the project in Gosforth and the V&A, would not have been possible without Professor Dominic Powlesland, Head of the Landscape Research Centre, who enthusiastically responded to a request to make a 3D scan of the cross. Using the 3D file he created, and the open source ‘Blender’ software, the virtual cross could be incorporated into the films, navigating round the artefact while the story is narrated by the children.

One of the difficulties with viewing the Gosforth Cross for real, apart from the travel involved for most people outside Cumbria, is that the clarity of the detail we see in the carvings depends dramatically on the position of the sun at the time. The best view occurs when the sky is clear, the sun is low and its rays strike the side of the cross at a raking angle. Geometry ensures this never happens for more than two of the four sides at any one time, and meteorology can be even more of an issue, but with the 3D scan it is possible to light the virtual object with a virtual sun at whatever angle is required.

Playing the downloaded film on a tablet or larger smartphone will enable those who can make it to Gosforth to decode what they see on the cross, and those who can’t get there to see the next best thing.

The current English National Curriculum’s single requirement to teach about the Viking heritage is the terse instruction that upper KS2 pupils (9-11 year olds), ‘should be taught about the Viking and Anglo-Saxon struggle for the Kingdom of England to the time of Edward the Confessor’, with suggested focuses on;

All of which reflects a quaintly old-fashioned exclusive preoccupation with Vikings as militant invaders. However, current academic thinking holds that Vikings and Saxons in much of the North of what is now England, were living in peace at the time the Gosforth Cross was made.

The probable reason for the abysmal failure of these 10th century Vikings to live up to the stereotype required of them by today’s Department for Education is fascinating: Vikings in Scandinavia had developed skills to farm marginal land the Saxons steered clear of, so these Norse migrants settling in the fells posed no threat and even contributed to the overall wealth of the economy.

I’d be interested to hear your thoughts on the use of graphic art as a stimulus for collaborative talk – or on any other aspect of the project. Please use the comments section below, or email rwlang7@gmail.com .

All the learning materials and lower resolution versions of the films have been included in the ‘teachers’ area of the culturestreet.org.uk website which should enable direct access through school firewalls.

Professor Powlesland’s work was produced in collaboration with the Leverhulme Trust 'Impact of Diasporas' research programme at the University of Leicester, whose Project Manager Dr Pragya Vohra also made a vital contribution to our work.