What do the British people want out of Brexit? It’s time for politicians to find out

How can politicians work with citizens to build the legitimacy of economic decision-making in the wake of the EU referendum? Reema Patel suggests how deliberative and discursive democracy might present a solution.

The EU referendum starkly illustrated the way in which the legitimacy of politicians, economists and policymakers is under fire. 18 million citizens voted to leave the European Union in Britain despite a widespread consensus from economists, world political leaders and prominent policymakers that this would spell economic disaster for Britain.

By doing so, they revealed a profound disconnect between citizens and economics; especially those citizens most ‘left-behind’ by economic policymaking. This disconnect was a consistent theme in the conversations that the RSA held as part of its "Economic Inclusion Roadshow" – a series of focus groups held across the UK with more than 190 citizens from Britain’s most "left-behind" communities in the immediate aftermath of the vote. It was undertaken as part of the RSA’s wider programme of action and research, the Citizens’ Economic Council , which makes the case for the use of deliberative approaches in engaging citizens on national economic policy.

Recently released papers from Whitehall have revealed what policymakers, economists and politicians have in mind for Brexit. But what do British citizens actually want and need? Here’s what we found out when we went on our Roadshow, touring across the country. 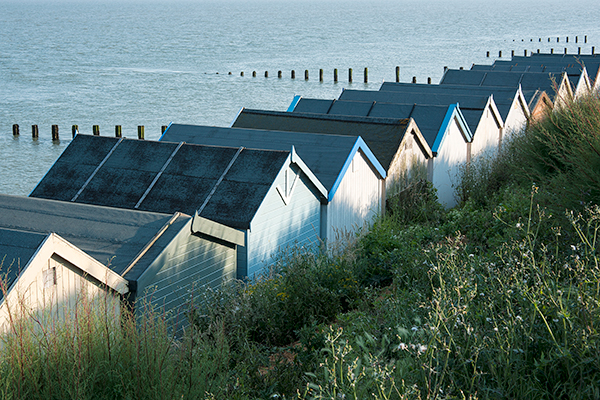 Participants were asked to respond to a media headline citing a report – "Brexit will stunt living wage growth by 10%". This was met with scepticism and distrust:

"Where did they get their information from? How do they work it out? It’s just a guess, I can guess too but nobody knows. Nobody would publish my forecast. None of it is news, it’s all opinion, it’s all just scaremongering – none of it has actually happened yet."

Low levels of trust in experts and politicians reported through our engagement was also borne out by data - whilst one YouGov poll found low levels of public trust in economists across the board, it also found that that this issue was especially stark among those who had not studied economics (55%), among residents of the North of England (44%) and among Leave voters in the EU referendum (54%).

Both the prevailing political narrative from the Conservative Party and its manifesto failed to adequately respond to and address the legitimacy crisis, resulting in the unexpected result of a hung Parliament. It was a fundamental political mistake not to seek to understand what Brexit really meant for some communities and people, and not to use the general election to lay out an agenda responding to those concerns.

For many citizens in areas most left-behind by the economy, their "Leave" vote turned out to be a rejection of the existing economic and political system (a "protest" vote about a wider set of issues translating into their rejection of the European Union).  But our conversations also illustrated the extent to which voting "yes" or "no" in the referendum left unaddressed a wide range of questions.

"The fuse has been taken out of Port Talbot. The town was embedded with the steelworks. Now it’s gone the town has lost its identity"

Port Talbot residents described the effects of deindustrialisation on economic, social and political cohesion in the locality. Rising levels of crime, substance abuse, and lack of opportunities for young people were all matters of concern.

Emerging from the dialogue was a conversation about how globalisation had affected demand for UK steel, but also a deep-seated frustration about the lack of power they felt they had to influence responses in their local area, and hence their hopes for prosperity.

Drawing by participant in Port Talbot, when asked to describe what the ‘economy’ meant

What was needed in this year's general election campaign from May’s team was a clear message that British voters’ concerns and issues about insecurity and exclusion would be addressed. But, in stark contrast, the narrative of "strong and stable" from the Conservative Party in the general election suggested that the status quo was an acceptable place to be for those who had only just rejected that very status quo through the Brexit vote.

We heard about the confusion participants felt and experienced about what it was precisely that they had voted on emerge as a consistent theme in the localities (Birmingham, Glasgow, Oldham, Clacton-on-Sea)  that we visited. We also heard about their stark sense of uncertainty about what it meant for them and their everyday lives.

But this confusion is arguably not a phenomenon unique to residents in Oldham or elsewhere; months on from the triggering of Article 50, Britain as a whole remains no clearer on the question of what Brexit really means. This lack of clarity is having the effect of paralysing both politicians’ ability to forge a clear path ahead on the issue; and citizens’ ability to have an informed view on the matter.

What steps, then, can politicians, policymakers and economists take to address the problem of legitimacy? There will be scant clarity or consensus underpinning any decision about the form Brexit takes unless we find a way to create a clearer feedback loop between citizens and politicians on the issue, and therefore greater clarity about what Brexit should look like. We need a better and a different way of exploring what Brexit means with a diversity of citizens who voted for and against Brexit in different ways, for different reasons. We also need a way of fostering a dialogue across that diversity so that greater empathy and respect for different perspectives is promoted.

What might this look like? There is recent precedent for this kind of initiative – in Ireland, a citizens’ convention broke a political stalemate around same-sex marriage, a subject on which citizens held passionate and firm views. A group of 66 randomly selected citizens worked with 33 politicians and an independent chair to consider the arguments for and against same-sex marriage (and a number of other issues). They heard the testimony of witnesses and deliberated among themselves. In the end they recommended that same-sex marriage be legalised. The subsequent Ireland referendum in May 2015 resulted in a 62% vote in favour of the change versus 38% opposed.

The RSA propose that a government-commissioned Citizens’ Assembly is an option to consider in addressing the issues above, and a way of strengthening the legitimacy of any decision about Brexit. A Brexit Citizens’ Assembly could contribute to a better Brexit through:

We propose convening an assembly of 99 citizens selected to mirror the demographic make-up of the UK. They would be paid for their time, either by their employer allowing them additional leave as with the case with jury service, or in the case of the self-employed by paying compensation for their loss of earnings.

The dialogue would be designed to acknowledge and address the way in which some individuals, groups and communities might be particularly hard hit by Brexit (for instance, the implications of withdrawal from the Common Agricultural Policy, and ways to ensure the longer term sustainability of British food and farming).

Citizens have to be supported to talk through what Brexit meant to them, and what it should now mean in a healthy, informed, and respectful way – with political representatives from across the political spectrum, with civil servants, with economists and a range of other experts on the matter. We might not necessarily find consensus, but we might find greater legitimacy, clarity and consent underpinning the debate.

This piece was originally published by the Daily Telegraph.