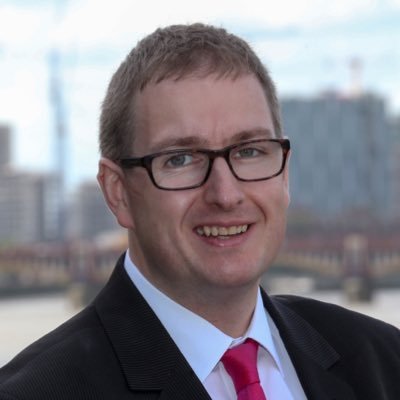 Jonathan Isaby has been Editor of BrexitCentral since its founding in September 2016. His journalistic career has seen him working for the full range of broadcast, print and online media, having initially joined the BBC as a political analyst in the corporation’s busy Westminster newsroom on graduating from the University of York in 1999. Four years later he was recruited by the Daily Telegraph, where he spent five years, latterly writing his own political column, as well as blogging about politics on its website. In 2008 he became Co-Editor of ConservativeHome.com, making him the first journalist from a British national newspaper to leave the mainstream media to become a full-time professional blogger.

After reporting on the run-up to the momentous 2010 general election, then covering and analysing the first year of the Coalition Government, he joined the TaxPayers’ Alliance as Political Director in 2011, becoming its Chief Executive in January 2014 until his departure for BrexitCentral. A fervent eurosceptic since his teenage years (he once got a detention for challenging his German teacher about the merits of the EU), Jonathan frequently appears as a commentator on current affairs on local and national television and radio.

He helped research Dean Godson’s acclaimed biography of David Trimble, Himself Alone, while Boris v Ken: How Boris Johnson Won London, which he co-wrote with Giles Edwards, was published in June 2008. Away from the political arena, Jonathan is married with a young son. He is a devoted fan of Coronation Street and enjoys listening to an eclectic mix of music: he owns every single Now That’s What I Call Music! album and his complete collection once saw him make an unlikely appearance on page three of The Sun.