Self-employed people in the UK are often vulnerable, twice as likely to suffer from poor mental health as employees, and increasingly precarious, due to problems such as late payments. As many as 77% of self-employed people live in relative poverty.

As well as a place to work, IndyCube works with Community Union to offer benefits and legal services. IndyCube’s workspaces are where people live, and in some particularly disadvantaged areas of the UK, including the Welsh Valleys. Membership (£10/month) includes a negotiated deal on invoice-factoring to address late payments, a first for businesses of this scale in the UK.

Indycube currently has 1,000 members with a 50:50 gender split. It has persuaded policy-makers to accept its recommendations on Universal Credit for the self-employed and established outline agreement from the UK Small Business Minister for a trial of mutual sick pay funds (Breadfunds) in Walthamstow. Looking forward Indycube has established a strong relationship with SMart, the Belgium cooperative and hope to bring their innovative model to the UK in due course. 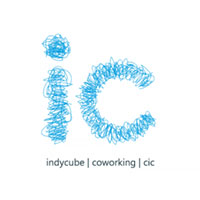