Citizens, participation and the economy

This report is about how best to address the growing distance between citizens and those that make economic decisions about citizens. We provide an analysis about record low levels of trust in economists, politicians and decision makers mean for the UK’s political and policymaking systems, as well as an analysis of what the ‘Brexit’ vote revealed for those left behind by economic policy.

We argue that there is pressing urgency for radical reform in the way we involve people in decisions made about them.  This interim report of the Citizens’ Economic Council suggests a number of ways forward, with a view to testing them with a variety of stakeholders between now and the publication of the final report.

This interim report lays out a series of measures to help rebuild trust between citizens and institutions. It proposes that economic institutions such as government and the Bank of England use randomly selected Citizens’ Councils and juries to better understand the public’s views on important issues such as the setting of interest rates as well as the decisions announced in the Chancellor of the Exchequer’s Budget. Specific recommendations include:

The report also outlines some of the necessary conditions for enabling Citizens’ Councils, juries and reference panels to thrive. As such it also proposes the creation of an expert resource centre on participatory economics, and the creation of a code of practice for policymakers on effective public engagement and participation. 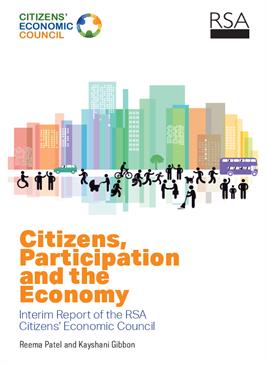