Connected Cities – The link to growth

The City Growth Commission argues that individual cities need the freedom to operate as whole systems,making decisions in the best interests of their metro, rather than relying upon national government’s inherently centralised decisions on infrastructure investment.

The UK has chronically underinvested in infrastructure, trailing that of other leading global economies. The impact of underinvestment is considerable; it is estimated that the UK experienced an average of five percent lower growth each year between 2000 and 2010 as a result.

However, what is needed is not necessarily just more expenditure on infrastructure; it matters where this investment is made and how it meets current maintenance and future infrastructure needs within and between our city regions.

There is no point having infrastructure if it does not create effective links, connecting businesses to trading partners, workers to jobs and people to the places where they live, socialise and build communities. Whether through broadband or energy distribution, connectivity of people, places and resources creates the networks needed to support economic and social productivity.

Cities need to have the freedom to work together, enabling pan-regional investment for a more productive system of cities to facilitate and share in economic growth for the UK as a whole.

As a counterbalance to London and South East, investment in connectivity between northern cities (via the Northern Hub, HS2 ‘Phase 3’ or other schemes) should be prioritised.Metros need to improve and demonstrate their capacity to identify and manage risks, following the lead of a few UK city-regions in developing innovative, place-based approaches to financing investment.Metros should take on planning authority powers, aggregating up decision making to facilitate strategic investment across the city-region.

Government should commission a comprehensive review on how our current and future needs for digital infrastructure can be met, especially in the face of strict EU State Aid rules and a highly concentrated high-speed broadband market in which major players such as BT and Virgin can constrain supply and market competition.

Visit the City growth commission website for more information on this topic. 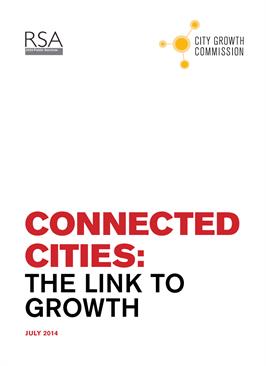