Economic insecurity: the case for a 21st century safety net

This paper aims to deepen understanding of how economic insecurity is experienced by workers, including those in non-standard employment arrangements such as zero-hours contracts.

Employment in the UK recently reached a record high of 32.75 million. Despite this fact, there is growing evidence that British workers are economically insecure.

The economic security challenge is much broader than zero-hours contracts or gig economy jobs. It impacts a wide range of people, including middle-income workers experiencing financial strain, indebtedness, or the risk that their job may become obsolete in the future because of new technologies.

We conclude by taking a view on what policy and practice reforms will be needed to develop a new social contract that can tackle rising economic insecurity. 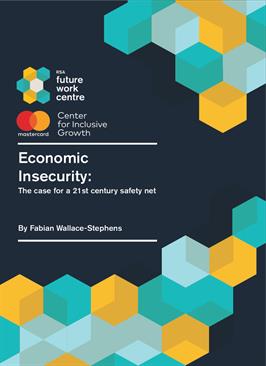