The City Growth Commission argues that radical change for the better can be achieved, but only if all three parties are daring enough to take on the ground-breaking package of fiscal devolution we put forward.

Over recent months, the importance of cities in driving growth and prosperity has been increasingly recognised, rising up the political agenda to the highest levels. Despite this, metros are still held back. At the mercy of the most centrally-controlled system of public finance of any major OECD country, leaders’ responses to the economic, social and environmental needs of their city are limited.Some cities are ready and able to take on the responsibility and risks of devolution and should be freed to drive investment, inclusive growth and public service reform as soon as is practical.

The Commission does not advocate that all metros should take this leap however. Devolution is a process and not a top-down blanket policy and should be treated as such – other metros will need to wait until their economic performance, potential and governance structures lend themselves to devolution.

We therefore put forward a range of recommendations: 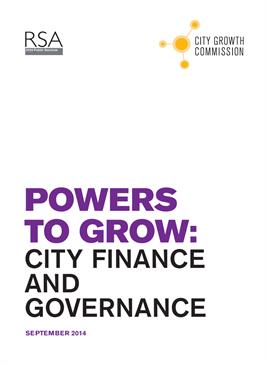