Report: Beyond the school gates - developing the roles and connections of supplementary schools

As part of the RSA-Investigate-Ed series, we explore the developing roles and connections of supplementary schools, in light of the changing needs of black and minority ethnic (BME) pupils and the longstanding barriers they face.

Supplementary schools are volunteer-led spaces, offering educational, cultural and language provision for mainly black and minority ethnic (BME) children and young people. Research has consistently shown that they offer an invaluable resource for many pupils, but are often overlooked by mainstream schools and education funders. Our report Beyond the School Gates seeks to explore the value of supplementary schools so that their contribution is more widely understood beyond grassroots communities and pockets of academia.

In a changing cultural, social and economic climate, we consider how supplementary schools might adapt, particularly to helping their pupils make successful transitions from school to further and higher education and employment. Over the past 20 years, BME students have made advances within the education system. Chinese and Indian students remain consistently high achievers and Bangladeshi and Nigerian students now outperforming their white British peers at GCSE. Black Caribbean pupils have made some academic advances, but they still attain below the national average. BME students are also far more likely to go to university than they were 20 years ago.

However, beyond compulsory education, the obstacles continue; BME students are less likely to be offered a place at a Russell Group university than their white peers with similar grades. Black, Pakistani and Bangladeshi groups twice as likely to be unemployed as their white peers. By extension, people from BME backgrounds are more likely to work in temporary or precarious employment which has been linked to lower wellbeing.

While supplementary schools cannot and should not address these complex issues alone, how might supplementary schools form a more integral part of the local learning ecology, connecting with mainstream schools, higher and further education institutions and arts and cultural bodies to offer a strengthened network of support to BME young people?

Our report aims to widen the conversation about supplementary schools and their existing roles, so that they are able to evolve with support and intention, This report’s recommendations, therefore, centre on how supplementary schools can harness their strengths to broaden their purpose, connection, impact and sustainability. 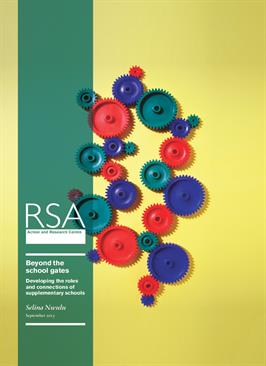