Is it time for Supplementary Schools to evolve and rethink their role? 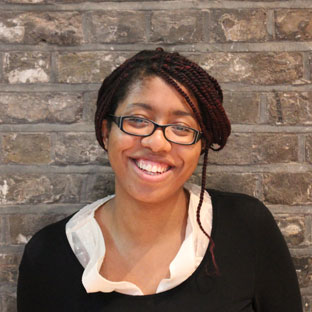 As part of RSA Investigate-Ed, a series of short investigations on key education issues, RSA Education are undertaking a research project on the role of supplementary schools. With around 3000 – 5000 in the country, supplementary schools are often volunteer led and offer educational opportunities for ethnic minority children and young people outside mainstream school provision.

Supplementary schools vary in their size, context and intention and so it is often hard to come to absolute conclusions about their specific roles. However research for the Department for Schools Children and Families (DSCF) in 2010 helpfully groups supplementary schools into three different categories (p. 27)

There are, of course, overlaps within these three types of supplementary schools, with many embedding linguistic and cultural provision within the teaching of national curriculum subjects. Interestingly, studies also indicate how language learning within supplementary schools can raise self-confidence which can in turn improve educational attainment, even when this is not the explicit motivation. Furthermore, much of the research in this area reflects on the importance of supplementary schools as ‘safe spaces’ where students can embrace the cultural, linguistic and historical provision that mainstream education often does not provide.

This research has given us the opportunity to consider the supplementary schools created in response to the underachievement of ethnic minorities. Over the past decade, attainment for most ethnic minority groups within compulsory education has in fact been improving (with the exception of Gypsy/Roma Traveller children). However, ethnic minority achievement beyond this continues to be limited; research undertaken by Dr Vikki Boliver from Durham University, illustrates how black and Asian students are less likely to be offered a place at a Russell Group University in comparison to their similarly qualified white counterparts. Studies also show how, when at university, ethnic minority students are more likely to perform poorly in degree class and university completion despite having the required grades for admission.

Moreover, despite the increase of ethnic minority students attending university, these gains are not being translated into high level employment with black graduates three times more likely to be unemployed within six months of graduation than their white counterparts. This is even the case for ethnic minority students who have been to Russell Group universities, as recent research from the Runnymede Trust reveals. The Centre on Dynamics of Ethnicity calls this problem the Employment/Education disconnect.

Would a new role for supplementary schools exacerbate or alleviate their volunteer fatigue?

We had an expert seminar in December last year with over 20 supplementary school practitioners, educationalists and academics to respond to these questions. The attendees were engaged and generous with their time and their ideas left us with several provocations that will shape our forthcoming research in this area. What soon became apparent to us was the notion of urgency for the present and the future; whilst the role of supplementary schools in relation to the education/employment disconnect is very much an area in need of further exploration, we also need to consider the ongoing obstacles that supplementary schools currently face. How can supplementary schools consider their future position, if many lack sufficient funds and rely heavily on volunteers with limited time and resources to maintain supplementary schools at their current capacity? Would rethinking and employing a new role exacerbate or alleviate their volunteer fatigue? Moreover what is the role of mainstream education within this?

It is clear that this investigation needs to think as much about how supplementary schools sustain themselves as how they might evolve– and though, of course, their evolution may in turn help to sustain them – our work in this area needs to be mindful of their current context and concerns. Because, ultimately, any decision supplementary schools make about a change in their role must come from a position of deliberation and authority as opposed to a lack of resource and agency.

This project has been funded the Paul Hamlyn Foundation. For more information on this project please contact the Project Lead, Selina Nwulu at selina.nwulu@rsa.org.uk

Will a lack of trust undermine school reopening?

Nearly half of survey respondents say they do not trust the Government to have the best interests of children at heart on the issue of re-opening schools.