Can we radically transform the way we deliver health and social care in the UK? 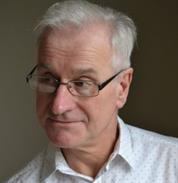 Buurtzorg, the highly acclaimed Dutch health and social care organisation founded by RSA Albert Medallist Jos de Blok, is now supporting application of its model all over Britain. The early evidence suggests it can be as transformative here as it has been in the Netherlands. But whether or not that actually happens depends on whether our health and social care system is able to adapt to it.

We are sure that the fundamentals of the Buurtzorg approach – person-centred, relationship-based care, provided by self-managed neighbourhood teams of autonomous professionals – can succeed anywhere. That is why, as founder of a social enterprise that has worked to improve public service performance through staff involvement internationally over the past 20 years, I was glad to accept Buurtzorg founder Jos de Blok’s invitation to be his partner in Britain and Ireland.

My own experience of looking after ageing parents had shown me that the best efforts of district nurses and home care workers were undermined by the time-and-task and command-and-control systems in which they work. Drawing on both personal and professional experience, I imagined a future of self-managed neighbourhood home care teams and then discovered that Buurtzorg were showing how it could be done. Hence the creation of Buurtzorg Britain & Ireland.

Many within the NHS and social care share our vision, and we have already supported the development of teams in Kent, Suffolk, Cheshire and Cambridgeshire, as well as in four London boroughs and three areas of Scotland, both urban and rural. Several more are in the pipeline. Next month, for example, we take a study visit of NHS and social care practitioners and managers from the north-west of England to The Hague, in collaboration with the Advancing Quality Alliance (AQuA).

This is all very promising, not least for the self-managed professionals themselves, who have found that the freedom and responsibility the model allows them matches their vocational commitment and enables them to practice their craft properly. Their clients appear to be equally satisfied, as indicated by the early evaluation of Neighbourhood Nursing in south London published recently by the Centre for Health & Social Care Research at Kingston University and St George’s University of London. (The evaluation team was Vari M. Drennan MBE, Fiona Ross CBE, Mary Saunders and Peter West, so we’ll call it the Drennan report.)

However, Drennan’s evaluation of progress at Guy’s and St Thomas’s NHS Foundation Trust, in common with our experience of supporting change there and elsewhere, also raised challenging issues. ‘The Neighbourhood Nursing team members described their high level of job satisfaction and very positive experience of the collaborative ways of working within the team’, the evaluation report states, but it adds:

‘The frustrations the Neighbourhood Nursing team reported were particularly focused on interfaces with administrative departments and IT issues… There was an on-going tension described as to whether a self-managing team was fully understood, recognised and allowed to function within a very large, multi-layered, organisation.’

Buurtzorg Nederland is itself a very large organisation, with more than 14,000 employees, but its single administrative department has just 50 staff and its self-managed teams enjoy using their IT system because it is a useful tool they helped design. As the Drennan report points out, there are two main reasons why Buurtzorg has been able to combine higher than average unit labour costs with lower than average overall costs. One is that the model promotes better self-care by clients and more involvement of their ‘social networks’ in supporting them, leading to fewer hours of professional input. The other is that its overhead costs are just 8 per cent of turnover.

Drennan reports that the average NHS trust, by contrast, is estimated to spend 75 pence on management, payroll, HR and accommodation for every pound of a community nurse’s total pay package. This big difference in the size and cost of management and administration has more than just financial implications, large and important though they are. Just as significant is that Buurtzorg’s back office and IT provide what the teams actually need very well – and that’s all! Moreover, Buurtzorg’s experience of supporting transformation of other Dutch providers has shown that radical overhaul of managerial and administrative arrangements to produce agile and lean service centres is a key success factor.

Does this mean the Buurtzorg way cannot succeed at scale in Britain? Not at all – we stick to our conviction that the fundamental message of ‘humanity above bureaucracy’ has universal application. It does mean, however, that self-management of the teams themselves is the relatively easy part. The challenge now is to repurpose our system’s institutions and organisations to provide necessary supports very well and stop doing useless (or worse) things at all.

Buurtzorg has achieved at scale the three goals of better care, happier staff and lower costs, and has shown that only by sustaining all of them can you sustain each of them. Can we do the same outside the Netherlands? That depends on whether or not system and organisational leaders rise to their part of the challenge as well as the frontline teams are rising to theirs.

Brendan Martin is an RSA Fellow and founder and CEO of Public World. You can find him on Twitter on @BrendanFMartin.

Social care: putting people back at the heart of the conversation ...

The current model of social care isn't working. But fixing it is about more than just funding.