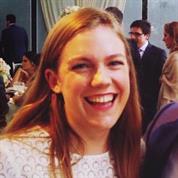 Ahead of International Women's Day, Alice Merry FRSA examines discrimination against older women in the workplace and explores why it’s so important that they are included in the Universal Basic Opportunity Fund.

The RSA has for some time been promoting a Universal Basic Income as a way to counter the ill effects of unstable work, a punitive benefit system, and weak productivity growth. Recently, as a partial measure in the direction of Universal Basic Income, it has proposed a Universal Basic Opportunity Fund (UBOF), which would be £5,000 a year for two years. All citizens under the age of 55 could chose when to take those two years over the course of a decade, and dependent children would also receive the payment in years that their parent was enrolled. However, the proposed age limit currently undermines the proposal.

My mum, a recently-retired NHS nurse, is a close follower of Universal Basic Income efforts. She saw a news report on the proposed UBOF scheme and sent me a message: 'For under 55s, bloody typical.' Bloody typical, indeed. Older women are regularly side-lined: if we are serious about combatting insecurity and creating opportunity, we cannot ignore them.

Older women face high levels of insecurity. We tend to assume that it is youth that face insecure and vulnerable employment, such as zero-hour contracts. They do; however, it is older women who face the brunt of insecure employment. The Commission on Older Women, among other reports, has shown how older women become less valued and more vulnerable at work. Not only do they face being forced out of work, but they are consistently overlook for recruitment, promotion and training. And precarious contracts, such as zero-hour contracts, are particularly common in sectors that employ high numbers of older women, such as care. Furthermore, when they hit their fifties, women contend with the highest gender wage gap, earning in full time employment 17 per cent less than their male colleagues.

This is compounded by the need to provide care, often in emergency situations, for family members, including partners and older relatives. Too often a lack of flexibility forces older women to give up work completely, at which point it becomes very difficult to return to work.

Women do not only face insecurity in the work place. Research by the Chartered Insurance Institute has identified a clear gender risk gap, with women more vulnerable to a wide range of risks than men:

‘While women are increasingly better educated than men, they earn less, feel less financially secure, provide the bulk of unpaid care, have smaller pensions, face greater hardship in later life and struggle to pay for their own old-age care.’

Increased risks and financial constraints faced throughout their lives culminate in particularly high levels of risk and insecurity for older women. The EU has estimated that the UK has the third largest difference between men’s and women’s pensions in the EU. Men, on average, accumulate five times the pension pot of women. Most worryingly, the majority of women in the bottom 40 per cent of households by household income have no pension wealth at all. This is particularly dangerous given that women’s longer life expectancies result in considerably higher care costs.

The case for including older women in efforts to reduce insecurity is clear. However, investment in older women also represents an opportunity the UBOF can’t afford to miss. For many older women, continuing to work until and beyond the retirement age is an economic necessity. As older women work longer, they must also have the opportunity to continue to develop their careers. This is far from the case at the moment. Only 36 per cent of women working past state pension age are in higher skilled jobs compared to 67 per cent of men. Research from UNISON has found that amongst its older female members more than a third would like to move to a higher grade job and yet virtually none felt they had good promotion opportunities at their age. Even more shockingly, almost a quarter of respondents had never had a promotion or moved into a higher grade job, with Asian and Asian British women facing particular disadvantage.

Access to the UBOF would not solve these issues, and discrimination against older women requires action on many fronts, including pay transparency, implementation of the double discrimination provisions of the Equality Act, as well as changes to benefits and pension provisions. Nevertheless, with a cut-off at 55 years of age, the UBOF contributes to the perception that older people, and especially older women, do not merit investment in their careers. Including them would send a powerful message about older women’s worth to society and the economy.

The UBOF could help improve opportunities for older women in the workplace, providing a chance for them to invest in retraining or improve their skills, just as the RSA argues should be the case for younger workers. Alternatively, older women might choose to use the money to help them start or expand a business, an increasingly popular option for those who find they are not appreciated in the workplace. Or they might decide to use the money to support them in taking on additional caring responsibilities, such as looking after grandchildren. These responsibilities have a vital economic role, allowing their children to pursue their own careers more fully, and reducing expensive childcare costs.

In the face of failing government programmes and a recruitment industry that prioritises younger candidates, the UBOF could provide a lifeline for older women to relieve insecurity, get back to work, or find a better job. Far from being less important in older age, an opportunity fund is more vital than ever for older citizens and particularly for older women.

Many older women already feel invisible:  the UBOF must not ignore them.

Alice Merry FRSA works in international development, managing projects to introduce innovative and inclusive financial services. Outside the office, she is an archaeologist in training and co-founder of Wak'a – an association which takes museum and heritage experiences into public spaces in Peru, and recipient of an RSA catalyst grant.