The case for basic income is growing. Scotland can take it forward.

The fundamental case for a basic income is that greater freedom can flow from economic security.

By providing every individual with a foundation of a regular, unconditional, cash payment, economic security and freedom grow.

Scotland is one of the places where basic income can start to become a reality. We explore how in a new report published today: A Basic Income for Scotland.

For the report, we have spent time in Fife listening to and deliberating with citizens and community workers.

One thing we heard clearly from the community was how much policy has led to the state leaning away from providing people with financial support and leaning in to manage their lives. Many people we spoke to were left powerless in the face of debt, unfair work, stress, insecurity, isolation and, frankly, despair. Foodbanks were just the tip of the iceberg.

As our participants put it:

“The system fatigues people in every way – physically, mentally, financially.”

“It’s not called a poverty trap for nothing, it’s hard to get out of - impossible!”

The testimony of Fife's residents bring to life the findings of academics, Government watchdogs, and even the UN. The current welfare system is failing and leading to poverty, insecurity, powerlessness, and even destitution. This shouldn't go on.

What did people in Fife think of a basic income?

Once we had gained an understanding of the challenges faced within Fife - where Universal Credit has been rolled out - we asked the group of citizens to imagine the positive or negative differences a basic income could make.

There were some concerns about people making poor choices but in the main the sense was that Basic income could allow many to push back against bad employers, create time and space for family life, relieve stress, and reduce the stigma of the current system.

“I’d be able to plan ahead more than a month.”

“Having a basic income would allow me to say ‘no’ to a job and have the option to look for something else rather than having to ‘choose’ between taking the job available or being destitute.”

How would a basic income fit with public services?

Basic income operates on a universal basis – everyone receives it so there is no ‘deserving’ versus ‘undeserving’ demarcation. And that is ultimately why it could be a significant improvement on the current system: it supplies some time, power and space for people in general to make better choices than the state is able to make for them. It combines greater economic security with greater freedom.

To combat inequality, it is important that basic income is financed through progressive means (where the wealthiest pay more) and fits together with other ‘supports’ – help that people get from the government or the community.

A more progressive tax system plus a universal system of cash ‘supports’ - basic income - at the core of a wider system of ‘supports’ (public services, and support for those with specific needs such as disabilities) has the potential to confront poverty and inequality in a comprehensive fashion.

In A Basic Income for Scotland we map how pilots of basic income could work with a full set of supports alongside cash payments. We call this community designed system of interlocking public, community, and employer supports wrapped around basic income a 'Civic Basic income'.

What impact would basic income have? How could we get there?

A Basic Income for Scotland also includes our model of the economic impact of a basic income. We wanted to show how we could get from where we are today towards a basic income.

A micro-simulation was conducted on our behalf by Landman Economics using its Scottish tax-transfer model.

We argue that we could get to ‘Horizon 2’ – a basic income of £2,500 a year – in 5 years. The shift in tax and revenue to get here aren’t that different in volume and scale to changes in UK personal and corporate taxes in the last few years. They would be far from unprecedented or politically insurmountable.

‘Horizon 3’ – a basic income of £5,000 a year – would take longer to put in place. We estimate about 20 years. The report sets out some costed options of how we could get there.

The model also looks at what difference a basic income would make to people’s lives. We looked at the impact on poverty, inequality, and destitution – not being able to buy the basics regularly – for different types of families.

Given this impact, the report recommends that Scottish and UK policymakers support a trial of basic income. Ideally these should be ‘saturation’ trials, where everyone in an area gets a basic income and no one loses out.

Earlier this week, another report on basic income was launched at the RSA. Guy Standing wrote Basic Income as a Common Dividend for Shadow Chancellor John McDonnell MP – he and other senior Labour MPs received the report sympathetically and spoke positively about a basic income at the RSA.

In Scotland, the SNP Government has funded feasibility studies into basic income. And the Green Party have long advocated the approach. The political sands are shifting.

At the RSA, we adopt a positive standpoint towards consideration of and experimentation with Basic income. A Basic income for Scotland explores why and how.

Concerns with the current welfare system are real. Alternatives must be explored. We need to support public dialogue about the right social security approach for the future. Basic income is one such alternative that past trials and experiments have found some very positive outcomes from.

If we are serious about greater economic security and freedom, then what have we got to lose by exploring Basic income further? Big challenges call for potentially transformative measures. Basic income is one. The loss will be if we don't take Basic income seriously and act.

Building an economy for all Scotland's people 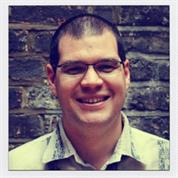 Head of RSA Scotland, Jamie Cooke, discusses how the movement to democratise economics can impact society in Scotland.

Our new report offers a practical means of advancing the UK towards a Universal Basic Income system. The Universal Basic Opportunity Fund could represent a stepping stone – to be enacted now – towards a better way of enabling ...

Universal Basic Income - a lot more than a policy