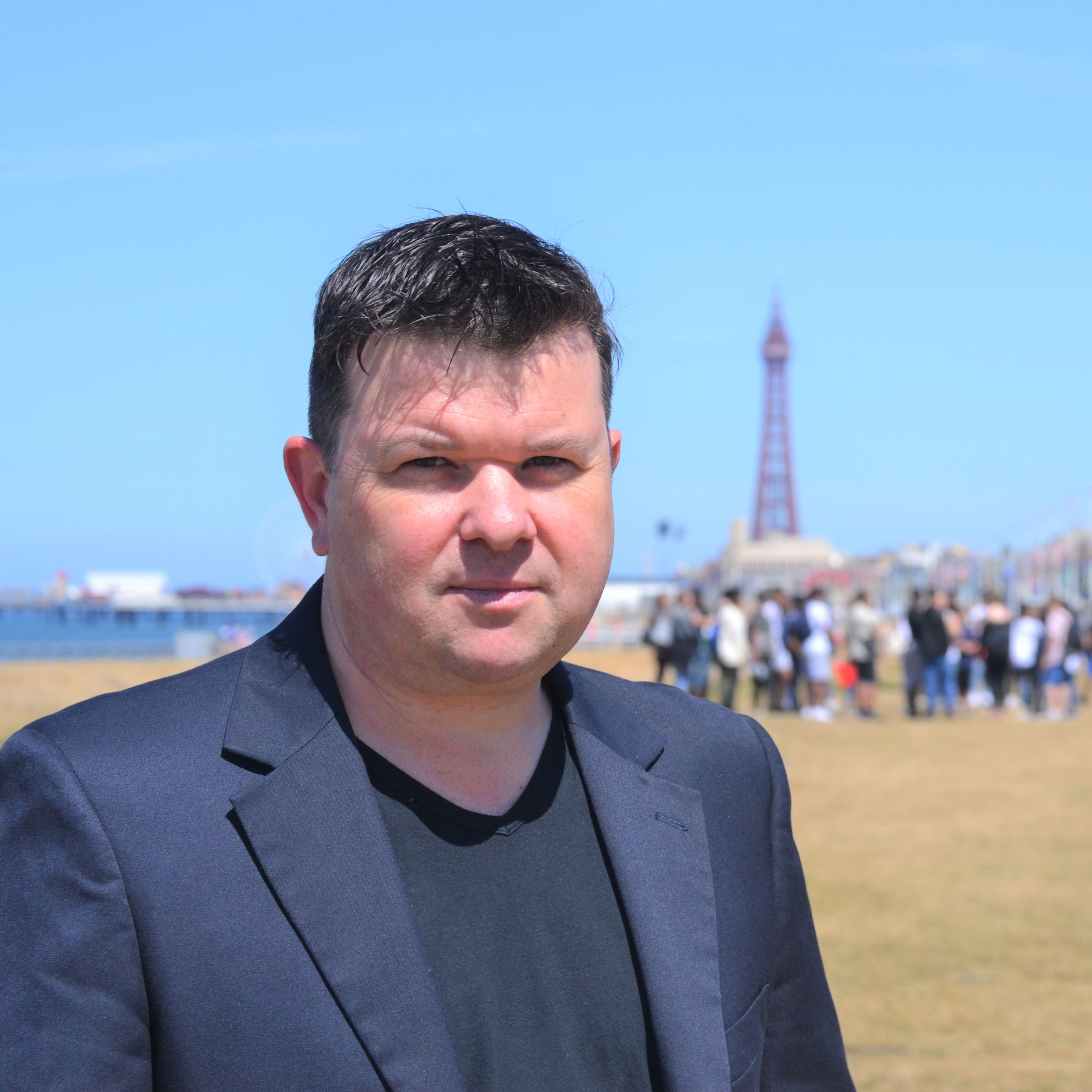 Alistair Clarke FRSA chairs a social enterprise in the south beach area of Blackpool where male life expectancy on the street outside his office is the lowest in England at just over 74 years. Despite the structural social and economic problems facing many people, he argues that something can be done if people have hope.

The social statistics in Blackpool are poor. The health statistics are even worse. For many people, the harsh reality of life is in sharp contrast to the image that most people have of the resort; a cheeky, fun and entertaining place to have a holiday by the sea for a few days. There are many reasons why people here get a raw deal and most of them we can’t do anything about. But the answer is not to give up.

We have a simple test in the office when deciding what projects to undertake by just asking the question: will it give people that engage with the project hope for the future? Why would anybody change their lifestyle or try to improve their chances for themselves or their children if they didn’t have hope? They wouldn’t and I wouldn’t expect them to.

Three years ago, I met a local GP who explained that a lot of his patients had social problems impacting on their health and he had no way to alleviate their problems apart from through medication. Naively, I offered to sit in the surgery one day a week and if anyone wanted to talk about employment I could help them; I’m a business adviser after all.

It soon became clear to me that the social problem the GP was referring to were deep, intertwined and complex. And I was the wrong person to help them. I sought funding from the community trust of the water company United Utilities that paid for a no-nonsense, pragmatic former social services manager, Margaret, to ‘help’ patients.

When asked what she does at the doctor’s surgery, Margaret simply says ‘I listen’. In the majority of cases, the seemingly insurmountable problems that people face have a solution and the people themselves can work out how to tackle them. They just need someone who will listen to them. I am not saying people resolve all their problems; they can however start to manage them and once that process is in play, they have hope for the future.

Of all the cases we have seen, my favourite is an older man who, after the death of his only remaining family member, had decided he had no purpose in life and was considering taking his own life. He had no hope for the future. After several meetings with Margaret, she was able to point out to the man key themes that kept coming up in conversation. And the main one was that he liked helping people. Once he realised that, he actively started looking for volunteering opportunities. When I met him, he couldn’t wait to tell me about an occasion where someone had asked how to print off a picture from a mobile phone at the place where he was volunteering. None of the staff knew how to do it. But he did. He had a purpose in life. He had hope for the future. We didn’t give him the hope, he found it himself. And, as a result, his mental health significantly improved.

There are organisations across the town doing similar, good work. I am always amazed when I go to a community cafe serving free food once a week to local people. It is free. And you can have as much as you want. Yet the atmosphere is usually sombre and quiet. People do not try to grab as much as they can or fill their pockets. They are enormously grateful that someone is doing this for them and goodness knows they’d rather not be there. Of course we could all do more with additional resources, but money is not the only answer. Change can come but not in a forced, controlled way. It comes with hope.

Alistair has a background in journalism and is the chair and manager of Social Enterprise Solutions CIC in Blackpool, which includes three other Fellows on the board. An accredited business advisor, he has helped to incorporate in excess of 100 CICs and is also director of Lancashire’s social enterprise infrastructure body, Selnet and founder and director of Tick The Publicity Box CIC.

Alistair Clarke FRSA chairs a social enterprise in the south beach area of Blackpool where male life expectancy on the street outside his office is the lowest in England at just over 74 years. Despite the structural social ...