It was hoped that four years of unprecedented cuts and tax rises would fully repair the public finances by 2014–15, in time for the next election. Since then the economy has performed more poorly than expected, and growth in its underlying productive potential also appears to have been weak.

These developments have profound consequences for the Coalition’s plans, and for the ways in which policymakers think about the delivery of public services.

This joint report with the Social Market Foundation (SMF) set out to explore these consequences.

In the first part, the SMF deploys new analysis to estimate the scale of the challenge for the public finances that is likely to be revealed in this year’s Autumn Statement.

It then goes on to assess what this will mean for public services at the next spending review, set for 2013. In the second part of the report, the RSA sets out its own views on how the productivity of public services can be enhanced to help meet that looming challenge. 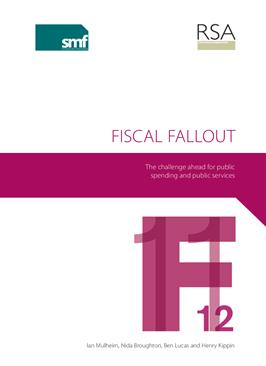