Democratic deliberation should be an integral part of policy making

I have, more or less, chosen the topic for my annual lecture. There’s just one problem. How do I get anyone to take notice?

The lecture will make the case for democratic deliberation to become an integral part of our political and policy making processes. I’ll do this by highlighting just a few of the many problems with our current form of representative democracy (and what is seen as its main alternative, direct democracy). I will argue that not only is deliberation the best way to gauge public preferences on many issues, but that by adding depth to debates and engagement it can help repair the democratic system as a whole. Indeed, deliberation is best seen not as an alternative to elections but as a way of making politics more about representing people and less about the fight between - often deeply unrepresentative - vested interests.

An important and new aspect of my argument will be to suggest a set of practical measures. These are the policies that would need to be enacted if we wanted to take deliberation from the exotic and occasional margins of policy making instead to make it a recognised, vital and permanent part of how we are governed. For example, one might be that Government commit to holding at least two fully constituted citizens’ juries every year and to the relevant minister making a formal response to each jury’s outcomes in a statement to the House.

My speech may quote the Hansard Society democratic audit published today. This shows, on the one hand, an increase in people’s interest in politics and in their intention to vote but, on the other, very low ratings for the way we are governed and for the trustworthiness and efficacy of political parties; institutions which continue to be central to the way our democracy functions. If there was any doubt about how the operation of the party system undermines democratic principles, remember that if Theresa May was to resign tomorrow the next Prime Minister, able to yield considerable executive power until 2022, would be elected by the estimated seventy thousand members left in the Conservative Party, most of whom are considerably over the age of sixty.

Why democratic reform is a turn off

Back to my annual lecture: Over the years –supported by the great team here at the RSA - I have had the good fortune to make some headway with my speeches. Many have been covered in the national media and a few have led to significant projects such as the Citizens Economic Council, which I argued for in 2016 and which reported earlier this year. I feel passionate about the subject I have chosen this year and reasonably sure of my case, so why the anxiety about it disappearing without a trace?

First, it seems that many people find the whole issue of democratic reform a turn off. It can feel dry and technical and also – paradoxically – apolitical. For most activists politics is first and foremost about delivering social outcomes; democracy is the necessary means, but winning power and making change is the motivator. Yet, as I intend to argue, a strong case can be made that beyond even the impact of forces such as globalisation and growing inequality, it is the failings of our democracy that have led to growing disenchantment and the rise of various forms of populism. The inability of representative democracy to generate understanding, agreement and answers to complex, controversial and long term questions (from social care funding to road pricing) may be the most important reason our political leaders are not seen to act in the interests of the people as a whole.

Second, relatedly, democratic reform can feel like one of those subjects monopolised by people and organisations, spending a lot of time speaking to each other, who have dedicated themselves to this issue above all others. And as always in these specialist circles there is the danger of what Freud called ‘the narcissism of small differences’ as experts spend as much time arguing over detailed disagreements as reaching out to the broader public. Although we have a background of interest in democratic engagement, including the Citizens Economic Council, the speech won’t be a land grab by the RSA. I have come to this topic not because I want the RSA to colonise it but because, as an organisation focussed above all on change, it is impossible to ignore the barriers now erected by our failing political system. I am currently reaching out to those who have long been advocates of greater deliberation with the hope that the speech could help mobilise a broader coalition for change.

Third, the speech will have to overcome quite a profound lack of understanding of what democratic deliberation actually means. The Leader of the House, Andrea Leadsom, spoke here last Wednesday evening. It was an interesting speech and we were glad to host it. However, when I questioned the minister about deliberation it became very clear that she had only a cloudy idea of what I meant. Her first answer conflated it with standard Government consultation and her second with focus groups organised by political parties. Similarly, before we were able to persuade the Bank of England to back our proposal for citizens’ panels to advise their regional bodies, I had to explain to the very bright folk in Threadneedle Street that the aim of deliberative methods is not to supplant other forms of decision making but to shape and inform them.

What democratic deliberation is not

Democratic deliberation is not the same as direct democracy nor is it simply another form of general engagement. It is the use of specific and robust methods to inform representative groups of ordinary citizens so that these citizens, having heard every side of an argument and having had a chance to deliberate, can reach a view which – like a jury in a criminal trial – can stand for the conclusions which would have been reached by any representative group going through the same process. As I will explain in my lecture, these processes have been used successfully on a wide range of issues in a wide variety of jurisdictions. The problem is not about whether deliberation works: it is about how to make it a core part of how we do politics.

Some of my past speeches have tried to develop or publicise new ideas. The last thing I want to argue in this speech is that I alone am on to something. As I have said, many others – most notably the folk at Involve – have long been making the case. Around the world there is growing interest in what is wrong with democracy and what needs to change. Ed Miliband is a new and strong advocate of deliberation (even though his former boss Gordon Brown backed away from doing it properly). What I hope the RSA can bring to bear is our powerful way of thinking about change and our growing networks, including, of course, our Fellowship.

A tipping point for the argument to integrate deliberation into our constitution may be in sight. Is there any chance my speech could bring it closer? 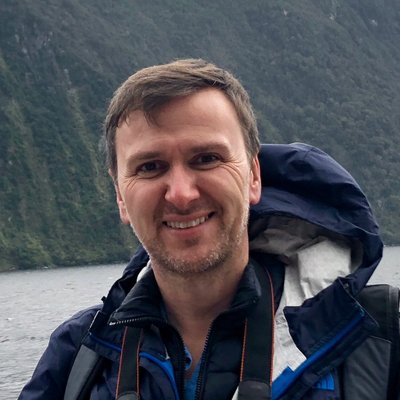 Data trusts: what are they and how do they work? 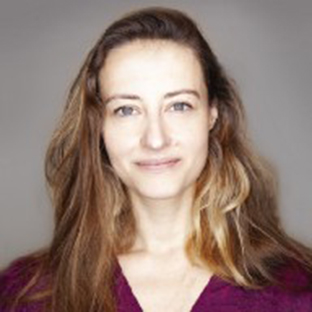 How can the public take control over the vast amounts of data being produced about us? Data trusts can be the trade unions of the data economy.