The Deane Review: An underwhelming response to an overwhelming phenomenon

This week the government published the findings of the Deane Review into self-employment. The Review rightly puts the issue of living standards centre-stage, and reflects much of the RSA’s own findings. But has the opportunity to present meaningful reforms been squandered?

Two and a half years ago, the RSA began a major programme of work looking at the self-employed – who they are, the kind of challenges they face, and how they could be better supported. Why did we do this? Because the number of people who work for themselves was growing at an unprecedented rate – and still is. Half of the jobs added to our economy since the crash are in self-employment.

And so we reviewed the literature, crunched the data, interviewed the experts and surveyed the self-employed – all with a view to making sense of this phenomenon. Our conclusion was unambiguous: that the vast majority are happier answering to themselves, but that they face several hazards that must be addressed if they are to enjoy a reasonable standard of living.

We therefore welcomed the government’s review into self-employment when it was launched in the summer of last year. Led by Julie Deane OBE, the Review was explicitly tasked with looking at the personal challenges facing people who go it alone. Red tape, taxation and access to finance, although important, were to take a back seat to individual issues that had yet to be explored in depth – namely access to pensions, mortgages, sick pay and maternity pay.

So what to make of the Review’s findings?

First, the positives. The report rightly emphasises that most of the self-employed choose to work for themselves for benign reasons. More often than not, it boils down to a desire for greater flexibility and freedom, rather than the urge to escape unemployment. The Review reiterates an RSA finding that, far from being an army of odd-jobbers, the majority of the newly self-employed are in high-skilled positions.

The Review should also be praised for sticking with the original focus on living standards. Yes, it occasionally delves into regulatory issues and explores the nature of business support, but it saves the best part of its analysis for pensions, mortgages and maternity pay. Its fundamental injunction that the government treat the self-employed and employees equally on matters of welfare is simple but profound.

Yet the Review is at its best when it makes the case for action from the private sector. Deane calls on the corporate world to provide more appropriate and flexible financial products for the self-employed, including in the pension, insurance and mortgage markets. The RSA fully backs this proposal and will shortly be exploring how we can help large players in these industries respond.

But the Review is far from perfect.

What should have been a report that laid out a comprehensive set of policy ideas is instead one that offers up mostly tame and trite recommendations. There are calls for improved enterprise education, more appropriate business advice, and better access to shared workspace. Few would object to these suggestions, but what do they mean in practice, who will deliver them and how much will they cost? The Review has few answers.

There are also glaring omissions. The introduction of Universal Credit is undoubtedly the biggest threat facing the self-employed on low incomes. Its Minimum Income Floor is likely to cut in-work benefits for hundreds of thousands of independent workers and push them out of business. Yet there is no mention of Universal Credit in the whole 41 page document. Nor are employment services or schemes such as the New Enterprise Allowance considered.

Overall, I wonder whether the Review has done enough to consider the needs of the lowest earners. Deane’s suggestion that the government extend greater Maternity Pay to the self-employed is a case in point. This is a laudable objective and a proposal the RSA in principle supports. Yet money has to come from somewhere, and when one initiative wins another often loses. Would it not be better to spend the money supporting more vulnerable self-employed workers, such as by overhauling Universal Credit?

Finally, there is the small matter of the Review making assertions based on flimsy evidence. A section extolling the benefits of exporting cites figures from a FedEx blog which itself has no proper referencing, while a number of important graphs such as those on income levels draw upon unspecified data. You don’t have to be a stickler for stats to want government reports to tell you what they are basing their arguments on. Four and a half million workers deserve better than this.

In short, the Review could have been more wide-reaching, specific in its proposals, considerate of the most vulnerable self-employed, and (ahem) properly referenced. But even with these caveats, what has emerged is a useful document that firmly puts the issues of living standards centre stage – something the RSA has long been calling for. It is gratifying to see that the Review has taken the same line as the RSA on matters of welfare equality, the simplification of tax and legal codes, and the provision of flexible financial products.

In the end, it may not be the government that takes the first step towards addressing the issues that the Deane Review and our own reports have articulated, but rather the self-employed themselves. In the coming months, the RSA will explore the potential for starting more grass roots support initiatives, such as self-employed co-operatives, cash-pooling schemes and group insurance funds. From the Bread Funds in Holland to co-operatives in Emilia Romagna, it’s time we looked beyond the happenings of Whitehall and Westminster.

On which note, we need to thank the RSA’s own grass roots network of self-employed Fellows who have fed into our self-employment research over the past year (see this blog for more details).  If you are a Fellow and would like to get involved in future work, please contact my colleague Mark Pallis on engagement@rsa.org.uk

Or just drop your thoughts in the comment box below to get a conversation started. 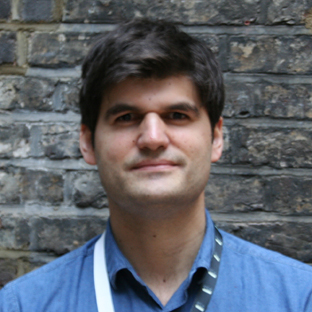 Mark Pallis highlights the parallels between the RSA's Self-Employment Charter and this week's publication of the Deane Review.